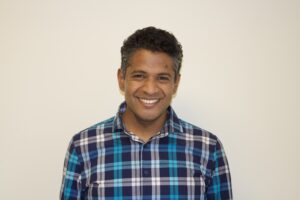 My name is Eranda Jayawickreme and I’m an associate professor of psychology at Wake Forest University. I’m currently the Project Co-Leader of the Exemplar Interventions to Develop Character Project, a $1.68 million initiativefunded by the John Templeton Foundation examining the role of moral exemplars in character development. I was also the Project Co-Leader for the Pathways to Character Project, a $3.4 million initiative examining the possibilities for the strengthening of character following adversity, challenge or failure, and the Project Leader for the Promoting Intellectual Humility Among Middle-School Students: Developing an Educational Film and Preliminary Intervention Strategy Project. From 2011 to 2014, I was the Project Leader for the Growth Initiative, which focused on improving the quality of research on post-traumatic growth.

I received my Ph.D. in positive and social/personality psychology from the University of Pennsylvania in 2010. My research, which integrates my interests in both philosophy and psychology, focuses on post-traumatic growth as positive personality change, moral personality, wisdom, well-being and integrative theories of personality. I have worked with populations in Rwanda, Sri Lanka and various populations in the USA. My awards include the 2015 Rising Star award from the Association for Psychological Science (which recognizes outstanding psychological scientists in the earliest stages of their research career post-PhD whose innovative work has already advanced the field), Wake Forest’s 2018 Faculty Excellence in Research Award, a Mellon Refugee Initiative Fund Fellowship, and grants from the John Templeton Foundation, the Templeton Religion Trust, the Templeton World Charity Foundation, the European Association for Personality Psychology, and the Asia Foundation/ USAID.